Zalman Suzayev was born in 1911 in Riga, Latvia. In his youth, he gained prominence as one of the heads of the the Hasmonean Union, a Jewish students’ organization, and as a star soccer player for Hakoah Riga. Following his immigration to pre-state Israel in 1935, he entered the import business and wholesale trade. In 1949-50, he served as president of the Tel Aviv-Jaffa Trade Bureau Association, was active in the General Zionist Party, where he served as deputy minister for trade and industry in the government of Moshe Sharett. 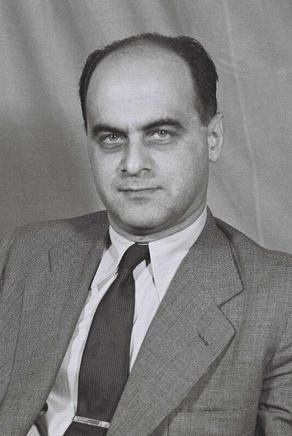 In May 1965, Zalman Suzayev was elected president of the Manufacturers Association, a position he held for 4 years. He sat on the advisory board of the Bank of Israel and was chairman of the public council for security loans.

As president of the MIA, Suzayev left his mark on internal organizational affairs and in consolidating a clear economic policy to guide the association in its various struggles. In 1974-75, he chaired the directorate of Rassco.