Eli Hurwitz was an Israel Prize recipient, industrialist, leader and public figure. Born in Jerusalem in 1932,he graduated with a degree in economics from Tel Aviv University and began his career in industry in 1953. In 1976, he was appointed CEO of the pharmaceutical company Assia.

With strategic farsightedness, Eli Hurwitz instigated the merger of several Israeli pharmaceutical companies into one company, Teva, with the aim of leading the Israeli market forward and creating a base for future international expansion. 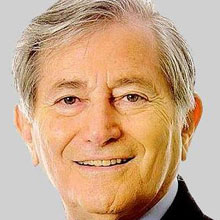 Under his leadership, the Teva Group became the largest pharmaceuticals manufacturer in Israel and the world leader in generic drugs. He achieved this by introducing an organizational culture of excellence, and consistently following a vision that looks ahead beyond the horizon. Eli Hurwitz served as CEO of the Teva Group until 2002 where he then became chairman of the group.