Dov Lautman was born in 1936 in Tel Aviv and studied at MIT in the USA. In 1963, he was appointed CEO of Sabrina Textiles and later became CEO of Gibor Textile Industries. In 1975, he founded the factory Delta in Karmiel, in the Western Galilee, employing women from surrounding development towns and Druze villages. 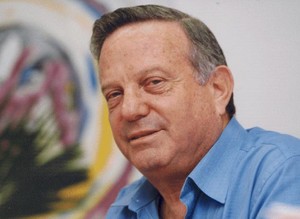 In 1982, Dov Lautman was a recipient of the Industry Award, in recognition of his work as an industrialist and entrepreneur. Karmiel awarded him the Outstanding Citizen award in 1985. Lautman worked for the advancement of productivity and the development of information systems, and promoted industry-oriented education and public relations activities. Throughout his career, he believed strongly that Israel could grow stronger and raise its standards only if Israeli industry continued to grow and develop.