Shraga Brosh, The Former President of the MAI and chairman of the directorate of business organizations, was elected to a third term of office in January 2015, having served as president of the MAI for two consecutive terms from 2005 to 2012. Brosh has been active in the MAI as a 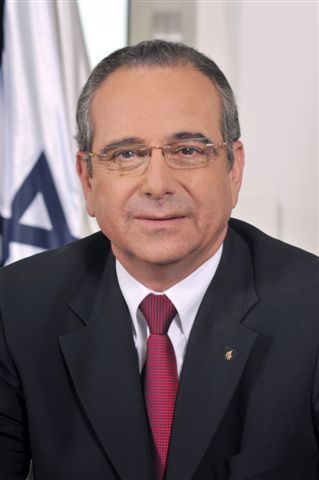 manufacturer since the mid-1980s and served in a number of public positions.

Brosh is a representative of the ‘younger generation’ in industry, and alongside his work as MAI president, he serves as chairman of the J. Brosh Group, founded by his father. He holds a bachelor’s degree in economics and business management from Bar-Ilan University.

Born in Ramat Gan in 1953, he studied in the electronics technician track in the Ort School and worked in the family-owned factory Brosh Ovens (formerly Crystal). He did his military service in the communications corps and completed an officers’ training course in 1973. During the Yom Kippur War, he served in Rephidim and was appointed deputy brigade commander for communications. As a reservist, he reached the rank of brigadier-general and served as commander of a communications battalion. After completing his military service, he joined the family business, and in 1998 the company acquired a failing textile company called Ayelet Barkan. Since then, the family has been running the factory, which is located in the Barkan Industrial Park and produces synthetic yarn for carpets.

Brosh was a member of the Likud movement and, in 1993-2006, was a councilor on the Ramat Gan Municipal Council, representing Zvi Bar’s independent list. As councilor, he was responsible for the city’s cultural, leisure and informal education activities. He has been active in the MAI since the mid-1980s, holding several positions. In 2001, he was appointed chairman of the Export Institute by the MAI directorate, headed by Oded Tira, and in 2005, replaced Tira as president of the MAI and chairman of the economic organizations’ liaison committee.